In a small town where everyone knows everyone, a peculiar incident starts a chain of events that leads to the disappearance of a child - which begins to tear at the fabric of an otherwise peaceful community. Dark government agencies and seemingly malevolent supernatural forces converge on the town while a few locals begin to understand that there's more going on than meets the eye.

A couple adopt an orphaned child whose dreams - and nightmares - manifest physically as he sleeps.

The Lost City of Z tells the incredible true story of British explorer Percy Fawcett, who journeys into the Amazon at the dawn of the 20th century and discovers evidence of a previously unknown, advanced civilization that may have once inhabited the region. Despite being ridiculed by the scientific establishment who regard indigenous populations as "savages," the determined Fawcett - supported by his devoted wife, son and aide de camp returns time and again to his beloved jungle in an attempt to prove his case, culminating in his mysterious disappearance in 1925.

This is a programme about navigating the trials and traumas of middle-class motherhood, looking at the competitive side and unromantic take on parenting - not the cute and acceptable public face of motherhood.

An absurd workplace comedy set in a neglected dream therapy facility where a rotating cast of desperate patients have their dreams recorded and analyzed by Dream Corp's absent-minded professor.

When Po's long-lost panda father suddenly reappears, the reunited duo travels to a secret panda paradise to meet scores of hilarious new panda characters. But when the supernatural villain Kai begins to sweep across China defeating all the kung fu masters, Po must do the impossible-learn to train a village full of his fun-loving, clumsy brethren to become the ultimate band of Kung Fu Pandas.

The son of a Colorado rancher returns home from a semi-pro football career to run the family business.

Eric and fellow warrior Sara, raised as members of ice Queen Freya's army, try to conceal their forbidden love as they fight to survive the wicked intentions of both Freya and her sister Ravenna.

The patients and staff of a secluded heroin treatment center must do battle with more than their own demons as a mysterious killer begins picking them off one-by-one.

A unique, intimate and honest portrayal of a girl grieving for the loss of her best friend. That just happens to take place on the day the world ends as we know it. 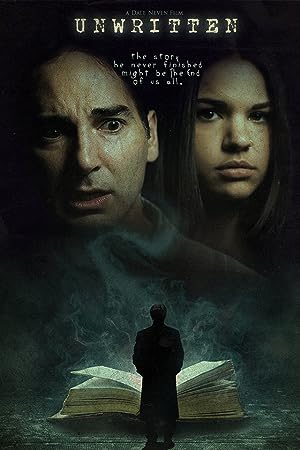 Simon, a young man with exceptional powers, tracks down a serial killer, battling not only his own demons but a government agency that has decided Simon is too dangerous to be allowed to roam free. Based on a bestseller by Peter Flannery.

Jim Jefferies talks about family life and challenges the idea of American freedom live on stage in Nashville, Tennessee.

This series examines the nature of cuteness and how adorability helps some animal species to survive and thrive in a variety of environments.

Unleashing his inquisitive, intense comedic style, Rogan explores everything from raising kids and Santa Claus to pot gummies and talking to dolphins.

Beneath the placid facade of Canberra, amidst rising tension between China and America, senior political journalist Harriet Dunkley uncovers a secret city of interlocked conspiracies, putting innocent lives in danger including her own.

When a plane crashes on a deserted island on the way to Thailand, the remaining survivors of the crash struggle to get along and heads clash as they have differing views on how to stay alive and how they will get off the island.

The body of 19 year old Driss Assani, a footballer with Heiderfeld football club is pulled out of the river Semois, a stones throw from Heiderfeld, a small town of a few thousand inhabitants in the Belgian Ardennes. The investigation is led by Inspector Yoann Peeters, who has recently moved there after a domestic tragedy, accompanied by Sebastian Drummer, an idealistic and inexperienced young police officer. Peeters will find himself confronted with a real conundrum, where one person's guilt does not mean that others are not responsible.

Mostly Sunny is a documentary that tells the remarkable story of Sunny Leone, the Canadian-born, American-bred adult film star who is pursuing her dreams of Bollywood stardom.

An exploration of the relationship between jazz trumpeter Lee Morgan and his common-law wife Helen, who was implicated in his murder in 1972.

Vincent, a 20-year old geology student from Paris, goes to French Guyana to do an internship at a gold mining company. Taken under the wing of local gold lord Antoine Serra, Vincent quickly falls into the much more lucrative and dangerous world of gold trafficking. From Serra, who acts like a father to him, Vincent learns everything there is to know about the business. Newcomers aren't welcome - Louis, Serra's right hand, makes it clear that he does not trust him. Vincent and Serra start building a camp to explore a gold mine, but tensions rise to a full-fledged war between them and their Brazilian competitors. And things get even more complicated when Vincent discovers that the mythical Sarah Bernhard mine is not a legend. The Guyanese jungle is a world where businessmen, gangsters, geologists and soldiers collide, and men kill are killed for a few grams of the precious metal.

In NOBEL, two stories carefully intertwine as a returning soldier and family man becomes a pawn in a political international game. As the stakes grow higher he is forced to discover just how far one should go in the name of peace.

Four waves of increasingly deadly attacks have left most of Earth in ruin. Against a backdrop of fear and distrust, Cassie is on the run, desperately trying to save her younger brother. As she prepares for the inevitable and lethal fifth wave, Cassie teams up with a young man who may become her final hope - if she can only trust him.

Unable to have kids, Nick an ex-con and Maryann a hard core christian, resort to the extreme to become parents. They kidnap a woman going in for an abortion and force her to have her baby for them.

Four friends on their way to Coachella stop off in Los Angeles to tour true-crime occult sites, only to encounter a mysterious young runaway who puts them on a terrifying path to ultimate horror.

"Skylanders Academy" follows the heroic adventures of Spyro, Eruptor, Stealth Elf, Jet-Vac and Pop Fizz as they travel the vast Skylands universe, protecting it from evil-doers.

A rising heart surgeon's life takes a turn he never expected and soon everything comes crashing down. He soon finds himself a former big city doctor turned small town doctor. It could be the worst year of his life or just what the doctor ordered.

Produced by Turkey's biggest animation studio, Anima Istanbul, The Bad Cat is an animated epic for young adults featuring the unforgettably bad cat, Shero and his foul mouthed gang in action. As animals inhabiting streets Shero and his friends are after what anyone else in their notoriously sleazy Istanbul neighborhood wants: debauchery with girls, food and the occasional drinking binge. This ordinary looking day will prove otherwise as their paths cross with humans, things get a little out of hand in hilarious, harsh and unexpected ways.

Beat Bugs is an animated series, revolving around the lives and adventures of five charming and funny child-like bugs who live in an overgrown American-style backyard.

A middle-aged man in a stagnant marriage finds his life upended when an attractive young woman and her seemingly abusive husband move in next door.

Alone and adrift in life, Dan signs on with a mysterious organization, agreeing to roam the country with an enigmatic stranger named Jane, working by night, laying small linoleum tiles in the streets of towns across America, each bearing the same cryptic message. As they travel, their contentious relationship grows and deepens, changing both of their beliefs about what they're doing, until they're forced to choose between their work and the possibility of a future together.

Showdown in Manila is the title of the movie, Which was released in the year 2016 and it is in Action, Filmer genre categories. Showdown in Manila was directed by Mark Dacascos and starts are Alexander Nevsky, Cary-Hiroyuki Tagawa, Casper Van Dien. Enjoy Showdown in Manila and many others on fmovies. HD Link provided by fmovies for our users.